Music has always been one of the driving forces behind Defunkt’s life. 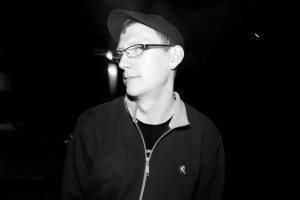 A veteran of the Midwest rave scene, he began his DJ career in 1998 with house parties, after-hours club appearances, and underground parties throughout the Midwest and Canada. Regarded by many as one of the originators of the UK hard style in the Midwest, he helped jump-start the UK Hardhouse/Hard Dance scene in the region assaulting dance floors with his signature blend of hard, dark NRG, trance, and techno.

Having evolved and matured stylistically over the years since his early heart-stopping outings, the influence of growing up in the shadow of the Detroit music scene turned his attention to a blend of deep, tech house. 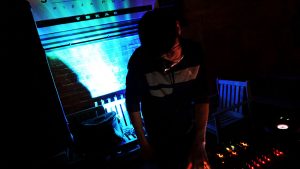 Classically trained with the violin for over a decade he is highly skilled, technical, and keen eared. Balancing the subtle and smooth with edgier driving techno rhythms comes naturally, and four minute mixes feel right at home with turntablist style cuts and drops. By maintaining a purposeful track selection Defunkt is not afraid to take the audience on a musical journey, with every set programmed live to meld emotion and dance floor experience in the moment. Notorious for extended late night sets it’s not uncommon to experience four hours or more of crate digging.

Now located in Dallas, TX, 2017 is poised to bring many new opportunities for Defunkt musically.

Booked all over the Midwest from Kansas City to Toronto, Defunkt still never passes up spinning a party – be it a 30 person house party or a 3,000 person festival. He has headlined with many respected names in the electronic music scene such as Mark EG, Paul Anthony, D.A.V.E. the Drummer, Darude, Angel Alanis, Safeword, Andrew Grant, Atnarko, and many others.